Paperback / Sewn | English
Be the first to rate this product
€171.19
save to wishlist
Description

The Kingdom fungi encompass a massive diversity of taxa with wide-ranging ecologies, life cycles, and morphologies ranging from unicellular aquatic chytrids to large mushrooms. Before molecular methods came in existence, taxonomists considered this Kingdom to be a member of the plant kingdom due to certain life styles like immobility and growth habitats. Molecular markers (also known as DNA markers), facilitated a better alternative method over traditional morphological methods, employed for the identification, characterization, and to understand the evolution of fungi. The morphological methods used for identification are mainly dependent on spore color or microscopic features whereas molecular markers are based on DNA polymorphism in the genomic organization. Phylogenetic studies reported in last decade, based on molecular markers, have reshaped the classification system of Kingdom fungi, which divided into one subkingdom, seven phyla, and ten subphyla. Recent advances in molecular mycology have opened the way for researchers to identify and characterize novel fungal species from unique environments. Mycology is concerned with the systematic study of fungi, including their genetic and biochemical properties, their use to humans as a source of medicine and food, as well as their dangers, such as poisoning and infections. In the 21st century with the development of DNA sequencing technologies and phylogenetic analysis based on molecular markers, new insights into fungal taxonomy were provided. This book contains a thorough discussion of molecular characterization and detection of different groups of fungi by using PCR-based markers and provides a comprehensive view of the applications and uses of different molecular markers in molecular mycology. It also addresses the recent molecular markers employed to solve the problems of identification and discusses current approaches used in molecular characterization and detection of fungi. 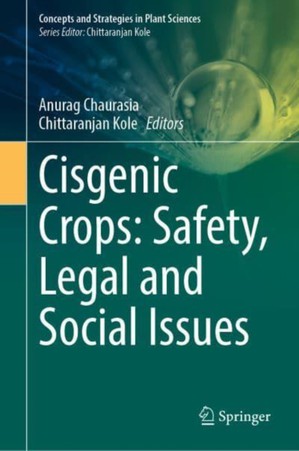 Sustainable Agriculture in the Era of the OMICs Revolution